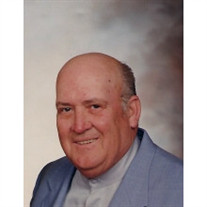 Craft, Calvin "Cal"Napoleon, MichiganHis Legacy... Calvin Garnet Craft, 78, passed away August 27, 2019. He was born on September 10, 1940, in Kenton, Ohio to Delza and Hattie (Hensley) Craft. Calvin married the love of his life, Geraldine Victoria Bonkowski on November 26, 1982, at a friend's house on Lake Columbia, Brooklyn, Michigan. He will be remembered for telling stories of his wild youth. Cal loved to travel, golf and spend time with his grandchildren. He had a great love for his family, country, and extended family at the Sons of American Legion, Post 315.His Family... Calvin will be missed by his children; Kirk (Shelly) Schlegel, James (Gina)Schlegel, Kristin (Steve) Midena-Rose, Steve Craft and Kevin Craft; a sister Clara Wireman; grandchildren Tommy, Danny and Joey Midena, Taylor and Paige Schlegel, Al and Jamie Schlegel; many nieces and nephews. He is preceded in death by his wife Gerri, his parents, two sisters and one brothers. His Farewell... Cal's family and friends will gather for a private ceremony at a later date. Memorial contributions are suggested to American Legion Post 315, Brooklyn, Michigan or Hospice of Jackson or Brooklyn, Michigan. Please leave a message of comfort for Cal's family at 1-877-231-7900, or sign his guestbook at www.borekjennings.com.

The family of Calvin "Cal" Craft created this Life Tributes page to make it easy to share your memories.

Send flowers to the Craft family.