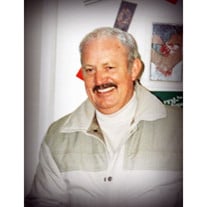 Cole, Clifford James Brooklyn, Michigan   Clifford James Cole, 87, passed away November 18, 2019. He passed away peacefully at his home surrounded by his loving family. Cliff, as he was known to most, was born in 1932, in Rockhouse, Kentucky but spent much of his childhood in Dearborn and Lincoln Park, Michigan   He is survived by his wife of 64 years, Freida J. Cole, his daughter Lisa (Ron Gotte) Viger, son-in-law Kevin Viger, grandchildren Jessica (John Teachout) Viger Teachout , Michael Viger, Weston Paschal, Andrew Paschal, and Sarah Paschal, as well as great grandchildren Alexandria, Ledger, Carter, Noah, Madison, August and Connor. He was preceded by his beloved daughter Susan Michelle Cole Kern, his parents Emerson and Millie Cole and Burton Hill, sister, Patricia Born, and brother, Bob Cole.   He served in the United States Army during the Korean War, stationed in Korea and Japan during that time. Cliff was employed by National Steel Corporation for almost 40 years, retiring from there in 1988. He loved to golf, travel and play cards with friends. Cliff was an avid and capable gardener and enjoyed just being with his family. He had a cheerful sense of humor, was incredibly generous with his time and efforts, and always a pleasure to be with. Cliff will be greatly missed by family and friends alike who will remember him with the utmost love, respect and deep gratitude.   A Private Natural Farewell was held and a memorial service will be planned for a later date. Please leave a message of comfort for Cliff's family at 1-877-231-7900, or sign his guestbook at www.borekjennings.com.

Cole, Clifford James Brooklyn, Michigan   Clifford James Cole, 87, passed away November 18, 2019. He passed away peacefully at his home surrounded by his loving family. Cliff, as he was known to most, was born in 1932, in Rockhouse, Kentucky... View Obituary & Service Information

The family of Clifford James Cole created this Life Tributes page to make it easy to share your memories.

Send flowers to the Cole family.