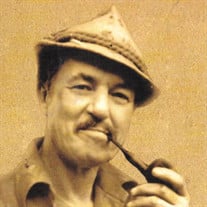 Donald Edwin Limpert, 94, of Manchester, passed away Friday, February 18, 2022, at his home. Don's family and friends will gather Saturday, May 21, 2022 at 11:00 am for a graveside service at Oak Grove Cemetery, Manchester, Michigan. Rev. Chris Kurtz will officiate. Don was born on May 7, 192 7 in Groveport, Ohio to Frank and Mary Edna (Stambaugh) Limpert. Raised in Sterling Heights, Michigan, as Don recalled to many visitors, allowed him as a young child to see Michigan’s surviving Civil War veterans participate in Memorial Day parades down Woodward Avenue. Thus began his lifelong passion leading to his nationally recognized collection of Civil War arms, memorabilia, records, original letters, and especially those of the Grand Army of the Republic. An active and resourceful builder in Oakland County, Don moved his family to Manchester, in 1963. There he established his reputation for restoration and historic preservation, notably, the Black Sheep Tavern, the Manchester Mill and the Manchester Village Blacksmith’s Shop. Don served as Member and Chair of the Township Planning Commission, Trustee of the Village of Manchester, member of its Historical Society, the Men’s Club, and Masonic Lodge. Following his interests in collecting, he was a member of the Michigan Regimental Round Table Civil War Group and a charter member of the Michigan Chapter of Stein Collectors International. Don donated items of his G.A.R. collection to various Michigan communities and towards the end of his active life, Don fund ed the establishment of the Michigan Grand Army of the Republic Memorial Hall and Museum in downtown Eaton Rapids, Michigan, furnished with items from his collection. He will be missed by all who knew and loved him. Don is survived by his children, Bruce Limpert and Denise Thompson; grandchildren, Adam Limpert and Callie Limpert of Manfield, Texas; and a great grandson, Mason Cruz Berryhill, of York, South Carolina, a sister, Marjorie Deck, and his faithful friend, nurse and care-giver, Amanda Martin. He is preceded in death by his parents, brothers, William Limpert, and Frank Limpert, his wife, Rita, infant daughter, Renee, his sons, Scott and Ryan, and grand-daughter, Hannah Chelsea Limpert. Cremation has taken place. A gathering will be announced of a remembrance in the Manchester community later in the Spring. Contributions in Don’s memory may be made to G.A.R.Museum, Eaton Rapids, or a charity of choice.

Donald Edwin Limpert, 94, of Manchester, passed away Friday, February 18, 2022, at his home. Don's family and friends will gather Saturday, May 21, 2022 at 11:00 am for a graveside service at Oak Grove Cemetery, Manchester, Michigan. Rev. Chris... View Obituary & Service Information

The family of Donald Edgar Limpert created this Life Tributes page to make it easy to share your memories.

Send flowers to the Limpert family.