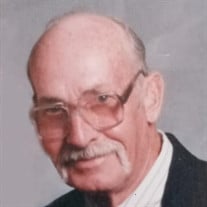 Adams, Edward L. Brooklyn, Michigan Edward L. Adams, 89, of Brooklyn died Tuesday, October 20, 2020 at home. Born on May 1, 1931, in Detroit, he was the son of James and Catherine (Couglin) Adams. On October 28, 1950, in Detroit, Edward was united in marriage with Margaret Herrin. He worked as an electrician, retiring from Ford Motor Company after 28 years of service. Edward had a love for family, camping, and restoring old cars. He liked to stay busy, moved frequently, and sought out adventure to satisfy his wanderlust. Surviving are his wife, Margaret Adams; his children, Dennis (JoDean) Adams, Marie Irwin, William (Linda) Adams, Patricia (Larry) Snell, John (Cindi) Adams; one sister, Doris Sewack; six grandchildren, five great-grandchildren, and three great-great-grandchildren. He was preceded in death by one son, Thomas; three brothers, James, William, and Robert; and one sister, Louise. No services are planned at this time. Please leave a message of comfort for Edward’s family or sign his guestbook at www.EinederFuneralHomes.com

The family of Edward L. Adams created this Life Tributes page to make it easy to share your memories.

Send flowers to the Adams family.