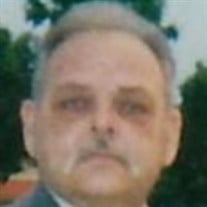 Franco R. Villella, 71, passed away June 20, 2021. Franco’s family and friends will gather at 10:00 a.m. on Friday, June 25, 2021 at St. Joseph Shrine, Brooklyn, MI. His Memorial Mass will be held on Friday, June 25, 2021 at 11:00 a.m. at St. Joseph Shrine, Brooklyn, Michigan. He was born on March 12, 1950, in Motta S. Lucia Italy to Guerino and Maria (Pace) Villella. Franco married the love of his life, Barbara Terry, on March 27, 1971, in Detroit, Michigan. He will be remembered as a man with a “heart of gold” who took care of his family and his neighbors. Franco was a self-taught man who worked his way up to plant management while employed at both Kenwal Steel and Bing Steel. One of his proudest accomplishments was his time serving his country as a combat veteran in the 1st Calvary Division in the United States Army during the Viet Nam War. Franco enjoyed golfing, fishing, and boating and in his later years, camping. His most cherished moments were the times he spent on his back porch with his wife Barbara and his dearly loved cat, “Spike”, who was always by his side. Franco will be missed by his wife, Barbara; his children, Joe (Sarah) Villella; siblings, Santino Villella, Lina (Vincent) Canarsa, Maria (Tony) Lalli, and Anthony Villella; numerous grandchildren and many nieces and nephews. He is preceded in death by his parents; two sons, Gregory and Robert Villella; and a brother, Robert Villella. Memorial contributions are suggested to University of Michigan Heart Center or St. Jude Children’s Research Hospital. Please leave a message of comfort for Franco’s family or sign his guestbook at www.EinederFuneralHomes.com.

The family of Franco Rodio Villella created this Life Tributes page to make it easy to share your memories.

Send flowers to the Villella family.