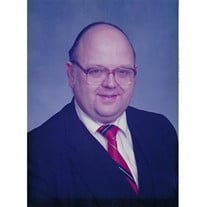 Crandall, Frederick Paul Cement City, Michigan   His Legacy... Frederick Paul Crandall, Age 72, passed away November 20, 2019 at Henry Ford Allegiance Health Hospice Home in Jackson, Michigan, after months of failing health, with his beloved family by his side. He was born on December 8, 1946 in Caribou, Maine to William and Marjorie (Anderson) Crandall.  As a boy, he lived and worked on his father's potato farm, which had been in the Crandall family for generations. In 1973, Fred met and later married the love of his life, Charlotte Catherine Kucharczyk, on August 14, 1976, in Windsor, Maine.   As a young man, Fred attended Gordon Theological Seminary and became an ordained minister devoted to preaching the Gospel of Jesus Christ. He worked very diligently throughout his life pastoring a number of churches while also facilitating many Bible Studies. He took every opportunity to tell others about his Lord and Savior, Jesus Christ. Fred loved woodworking and making things for his loved ones. He was very resourceful and creative in making fun games for his church and grandchildren. A few of his other hobbies included gardening and enjoying the outdoors. Fred was a strong patriarch of his family, a good father who always took care of his children. He taught and guided all of his children to love the Lord, and was a loving grandfather. Fred was a strong, good man and will be missed by many! After retiring as a pastor, he continued to serve as a Sunday School teacher of Heart o' The Lakes United Brethren Church.   His Family... Fred will be missed by his wife of 43 years Charlotte; his children, Kimberly (Pablo) Munoz of Texas, Jonathan (Dawn) Crandall of Indiana, and Bethany (Cole) Bradford of Michigan; his mother Marjorie Crandall; two sisters, Sharon (John) Christie, and Lorraine Crandall ; grandchildren, Rhett and Blake Crandall,  Graham and Garrett Bradford with one more on the way; one niece and two nephews. He is preceded in death by his father William Crandall and daughter Joyce Ann Crandall.   His Farewell... Fred's family and friends will gather Saturday, November 23, 2019 from 9:00 am - 11:00 am at Heart o' The Lakes United Brethren Church, Brooklyn, Michigan where his Farewell will be held at 11:00 am. A private burial will be held at Cement City Baptist Memorial Gardens.  Pastor Cyle Young and Cody Moorehead will serve as celebrants. Memorial contributions are suggested to Heart o' The Lakes United Brethren Church (Founders Fund Scholarship) or Memorial contributions may be given to family for future designation.  Please leave a message of comfort for Fred's family at 1-877-231-7900, or sign his guestbook at www.borekjennings.com.

The family of Frederick Paul Crandall created this Life Tributes page to make it easy to share your memories.

Send flowers to the Crandall family.