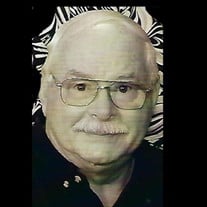 Emery, Gerald “Jerry” Cement City, Michigan Gerald Douglas Emery, 79, passed away peacefully on Monday, November 2, 2020. He was born on October 1, 1941, in Brooklyn, Michigan to Darwin and Elsie (Wheaton) Emery. Jerry married the love of his life, Cheryl Fuller, on March 4, 1961, in Michigan Center, Michigan. He will be remembered for his love of mowing lawns in the summer and plowing out driveways in the winter, in his neighborhood. Jerry was a lifelong resident, growing up on a farm and attending Columbia Schools, even holding a track record at Brooklyn High School. He and Cheryl were very involved in the Columbia Eagle’s Athletic Booster Club and attended every grandchild’s school event. Jerry also coached Little League baseball. He and Cheryl raised and showed quite successfully, Saint Bernard dogs in their spare time. Jerry was a huge University of Michigan fan and Tiger’s fan. He belonged to the Poppa’s Place breakfast club, eating there several days a week. Jerry retired after many years of service from the Columbia High School. He will be missed by all who knew and loved him. Surviving is his wife of 59 years, Cheryl; his children, Steven (Diane) Emery, Scott Emery, Randy Emery, Kathi (John) Hutson, and Jerry (Kelli) Emery; his sisters, Carolyn (Gary) Adams and Betty (Ron) Socia; grandchildren, Meagan, Alyssa, Brianna, Chelsea, J.T., Jackson, and Jaden; four great grandchildren and one great great-grandchild; many nieces and nephews. He is preceded in death by his parents, one brother Rodger, and great-granddaughter, Charlotte. Jerry’s family held a private service at Eineder Funeral Homes – Brooklyn Chapel. A Public Memorial Service will be held at a later date to be announced. Memorial contributions are suggested to Henry Ford Allegiance Hospice. Please leave a message of comfort for Jerry’s family or sign his guestbook at www.EinederFuneralHomes.com.

The family of Gerald "Jerry" Emery created this Life Tributes page to make it easy to share your memories.

Send flowers to the Emery family.