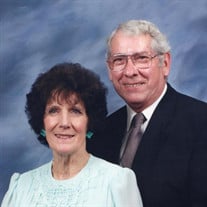 Lantis, J Neil “Jay” Lantis, Rachel “Ricki” Napoleon Township, Michigan J Neil “Jay” Lantis and Rachel “Ricki” M. Lantis – ages 88 and 86, passed away November 21, 2020 and November 24, 2020, respectively at Henry Ford Allegiance Health. They most recently lived in Napoleon, Michigan but were long-term residents of Manchester, Michigan. Jay was born in Chelsea, Michigan on October 28, 1932. The son of Robert and Agnes (Pitts) Lantis, Jay graduated from Chelsea High School and served in the Marines during the Korean War. Ricki was born May 6, 1934, in Napoleon, Michigan. The daughter of Charles Ray and Ninabelle (Saunders) Ray, Ricki graduated from Napoleon High School and the W.A. Foote Memorial Hospital School of Nursing. They were married on November 26, 1955 in Napoleon, Michigan. In the early 1960’s, with a growing family, they moved to an old farm outside Manchester where Jay began his career as owner of the A&B IGA grocery store. As Jay built the business, Ricki left her nursing career to raise their children, and together they rehabbed the farm affectionately naming it “The Lantis Funny Farm”. It was not only home for their own children, but for many foster children and others that needed a place to stay. In the 1980’s Jay and Ricki decided to switch roles, Jay sold the business to stay home and mind the farm while Ricki assumed various positions as an educator at the school operated by the Harvest Baptist Church where they both were members. In recent years they sold the farm and moved back to Napoleon to live out their lives surrounded by family and friends that brought them much joy and meaning. Jay was preceded in death by a brother, John and a sister, Mary Merkel. He is survived by a brother, Duane (Anita) of Napoleon. Ricki was preceded in death by brothers Gary and John, and is survived by a sister, Mary Jo (Richard) Stevenson of Texas, and by four brothers, Charles Ray of Napoleon, Richard (Kristina) Ray of Illinois, Robert (Esy) Ray of Colorado, and George (Janis) Ray of Napoleon. They were preceded in death by one daughter, Diana (Mike) Bee of Jackson, and are survived by seven children: Debra R. Saunders of Utah, Michael (Liz) Lantis of Michigan, Dawn (Blair) Markus of Michigan, Denise (Mark) Ryckman of Manchester, Mark (Kaye Dee) Lantis of Jackson, Anne (Edward) Bennett of New Mexico, and Sharon (Craig) Stephens of Louisiana. They are also survived by many grandchildren and great grandchildren. Jay and Ricki were an honest, hardworking, quintessential American couple. They lived out the values they believed in: they loved God, loved their family, and loved their neighbors as themselves. Public memorial services will be held at a later date. Please leave a message of comfort for Jay and Ricki’s family or sign their guestbook at www.EinederFuneralHomes.com.

The family of Jay & Rachel Lantis created this Life Tributes page to make it easy to share your memories.

Send flowers to the Lantis family.