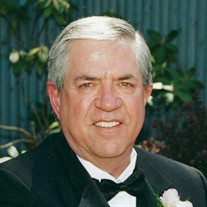 Lamar Clayton Haile, III, 74, passed away unexpectedly, Tuesday, February 1, 2022 at Henry Ford Allegiance Hospital, Jackson. He was born on February 11, 1947, in St. Petersburg, Florida to Lamar and Elizabeth (Perry) Haile, II. Clay married the love of his life, Kelly Miller, on May 4, 2001, in Holland, Ohio. He will be remembered for his love of his country and his wife. Clay served his country from 1968 through 1996, retiring as a Captain in the United States Navy. He did several tours in Vietnam and was shot down twice. Clay was a wealth of knowledge. He loved his garden and enjoyed cooking. Clay was totally devoted to his wife and did his best to help her through her Multiple Sclerosis, even buying 2 horses to help with her therapy. He was a member of the Cornerstone Community Church, Brooklyn. Clay will be missed by all who knew and loved him. Clay is survived by his wife, of 20 years, Kelly; his brother, David (Fran) Haile; sisters- in -law, Frani Haile and Diane Haile; brother-in-law, Bradley Miller; several nieces and nephews; special friends and employees, Jim and Martha Shafer and Carl and Ruthann Moore. He is preceded in death by his parents, and brothers, Charles Haile and Robert Haile. Memorial contributions are suggested to Wounded Warrior Project. Please leave a message of comfort for Clay’s family or sign his guestbook at www.EinederFuneralHomes.com.

The family of Lamar "Clay" Haile III created this Life Tributes page to make it easy to share your memories.

Send flowers to the Haile family.