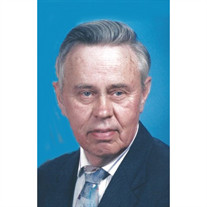 Huber, Lauren Erwin Manchester, Michigan   Lauren Erwin Huber, 88, passed away November 25, 2019.  He was born on December 14, 1930, to Henry F. and Louise (Gauss) Huber in Manchester, Michigan where he spent most of his life. Lauren attended school in Manchester, beginning in a one room schoolhouse and graduating from Manchester High School. He served his country in the Korean War in the Army. Lauren was preceded in death by his parents, his brother Eugene Huber and his sister, Elaine Rynd.   Our wonderful husband and father is survived by his wife of 60 years, Rita (Trolz) Huber, and his three daughters, and their husbands; Lisa (David) Townson, Jodi (Jeff) Holleran and Heidi (Jack) Stein. He is also survived by his grandchildren; Kyle, Clint, and Kelsey Townson and Maximus Stein. Lauren is also survived by his step-grandchildren Valerie Crandall, Michelle Holleran and Michael Holleran, and his step-great grandchildren; Cody, Kyla and Stella. He was known as "PaPa" to Ricky and Ethan Villarreal and has been very much a part of their lives. Lauren is also survived by a special niece, Mary (Don Nestor) and special nephew, Mark Conley along with many other nieces and nephews.   Lauren was a member of Emanuel United Church of Christ where he held many roles through the years, including Church Council member. Lauren was active in the American Legion Post 117. He was also a charter member of the Manchester Sportsman Club where he taught Hunter Safety for 30 years. As an avid outdoorsman, he always welcomed family and friends to go fishing or hunting with him. Lauren embraced life, remained active, and enjoyed nature until the day before he passed. In memory of Lauren, take a child fishing.   A Celebration of Life will be held Wednesday, December 4, 2019 from 11:00 am - 1:00 pm at Emanuel United Church of Christ in Manchester, Michigan. With his Farewell to be held at 1:00 pm. In lieu of flowers memorial contributions may be given to family for future designation.  Please leave a message of comfort for Lauren's family at 1-877-231-7900, or sign his guestbook at www.borekjennings.com

The family of Lauren Erwin Huber created this Life Tributes page to make it easy to share your memories.

Send flowers to the Huber family.