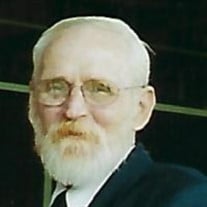 Nicholas Kenneth Shultz, 69, of Brooklyn, passed away Tuesday, November 30, 2021 at Henry Ford Allegiance Hospital, Jackson. He was born on June 10, 1952, in Toledo, Ohio to Kenneth and Betty (Gatz) Eggert. Nick married Chris Bowyer on January 7, 1981, in Toledo, Ohio. He will be remembered for his love of family and teaching; his students became his extended family. Nick proudly served in the United States of America Army, Special Forces, becoming a combat veteran. He served as president to the Brooklyn Sportsman Club for many years. Nick was an avid fisherman and hunter, a true outdoorsman. He enjoyed traveling on his motorcycle and family outings. Nick even canoed to the Arctic several times. He truly believed everything had a purpose, and to give 100 percent to accomplish your goals. During his career as a Professor of Automotive Technicians, he received the award for Outstanding Educator from the President of the United States and was presented this prestigious award by Leonard Nimoy and Miss America in Las Vegas, Nevada. He will be missed by all who knew and loved him. Nick is survived by his wife of 39 years, Chris; his children, Bradley (Sarah) Shultz, Kyle Shultz, Matthew (Mary) Shultz and Scott Shultz; siblings, Michael, Jackie and Billie; five grandchildren; four great grandchildren many nieces and nephews. He is preceded in death by his parents; a son, Siegfried Shultz; a brother, Lawrence and a sister, Marsha. Memorial contributions are suggested to a charity of your choice. Please leave a message of comfort for Nick’s family or sign his guestbook at www.EinederFuneralHomes.com.

The family of Nicholas Kenneth Shultz created this Life Tributes page to make it easy to share your memories.

Send flowers to the Shultz family.