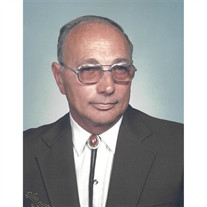 Walz, Norman Brooklyn, Michigan (formerly of Manchester)   Norman Oscar Walz, age 87, of Brooklyn (formerly of Manchester), passed away peacefully Saturday, February 22, 2020, with loving family by his side. He was born May 28, 1932, in Jackson, Mich., to Oscar and Daisy Walz.   Norm began his legacy at a young age. He served in the Korean War; and became a one-of-a-kind Carpenter that always seeked perfection. Owning and operating Norm Walz Construction for over thirty years. He married the love of his life, Olga (Mitchell) Walz in 1957 in Albion, Michigan. Norm had an admiration for his hometown of Manchester and was a proud member of the Emanuel United Church of Christ, American Legion and Optimus Organizations. He would also volunteer at the annual Chicken Broil. Fishing was one of his greatest past-times and was something he enjoyed often while spending time at Houghton Lake.   Survivors include his wife, Olga Walz; brother, Edwin (Judy) Walz, daughter, Jeri (Bret) Veldhoff; son, Steven Walz; granddaughter, Jennifer Feeman; grandson, Dennis Feeman; granddaughter, Jessica Poniatowski; 5 great-grandchildren; and several other family members. Norm was preceded in death by his sisters, Barbara Vansickle and Mary Kensler.   A service to honor Norman's life will be held February 27, 2020 at Emanuel United Church of Christ in Manchester, Michigan. Visitation at 10:00am; Service at 11:00am; burial following at Norvell Cemetery. In lieu of flowers, donations can be made to Emanuel United Church of Christ.   Please leave a message of comfort for Norm's family at 1-877-231-7900, or sign his guestbook at www.borekjennings.com.

The family of Norman Oscar Walz created this Life Tributes page to make it easy to share your memories.

Send flowers to the Walz family.