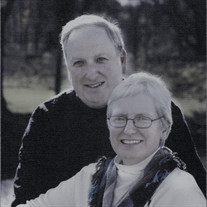 Baker, Wayne Manchester, Michigan Wayne Louis Baker, age 73, resident of Manchester, Michigan, passed away on Wednesday, July 15th, 2020. Wayne was a beloved husband, father, grandfather, son, and brother. Wayne was born on April 16th, 1947 to Louis and Jane “Jean” (Kaiser) Baker in Alpena, Michigan. He married his best friend and true love Gloria Konarzewski on September 27, 1969 in Herron, Michigan at St. Rose of Lima Catholic Church. They were blessed with fifty wonderful years of marriage, two daughters, and two granddaughters. Wayne served in the United States Navy during the Vietnam War and was stationed at Glenview Naval Air Station in Glenview, Illinois from 1969-1973. While serving in the Navy, Wayne earned a Bachelor of Science in Business Administration from Roosevelt University in Chicago, Illinois in June of 1973. He went on to earn a Master of Business Administration from Michigan State University in East Lansing, Michigan in December of 1974. Wayne found his passion in 1994 when he left a successful career in the corporate world and opened the Ann Arbor franchise of the Wild Bird Center. Wayne’s customers and employees inspired him daily and he loved offering his store as a location for local organizations to give educational presentations on wildlife and preservation. Wayne retired in 2010 and spent his retirement with his beloved wife, Gloria. They split their time between travelling the world, helping raise their granddaughters, spending time with their family, and maintaining their large home gardens. Wayne loved to spend time with his family, he had a truly great sense of humor and always kept his family laughing. Wayne would laugh so hard that his cheeks would turn red and his eyes would tear up. Wayne was always a source of joy to those around him. He was an avid gardener, golfer, and home repair expert. He will be very missed but is forever in our hearts. Wayne is survived by his beloved wife Gloria, mother Jane “Jean” Baker of Chelsea, Michigan, daughters Amy (Scott) Baker-Young of Webberville, Michigan, and Noelle Baker (Jeff Showiak) of Dundee, Michigan, granddaughters Celeste and Daphne Baker, sister DeeAnn (Douglas) Bauer of Troy, Michigan, and exchange student daughter Dorothy (Karnik Shishmanian) Rouse of Vancouver, British Columbia. Wayne was preceded in death by his father, Louis C. Baker. Per Wayne’s request, there will be no funeral service. In lieu of flowers, the family requests donations to the Huron Valley Humane Society. Please leave a message of comfort for Wayne’s family or sign his guestbook at www.einederfuneralhomes.com.

The family of Wayne Louis Baker created this Life Tributes page to make it easy to share your memories.

Send flowers to the Baker family.